Parents Raise Over £21,000 for Neonatal Unit at St Peter’s Hospital 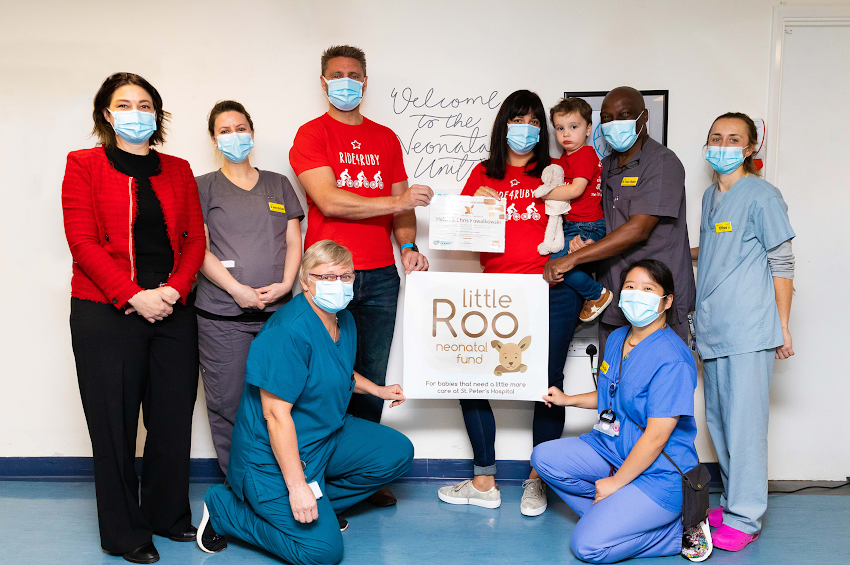 In June 2019, Helen and Chris welcomed their beautiful daughter Ruby to the world, Ruby was born at full term at another hospital after a textbook pregnancy and labour. During the final stages of labour Ruby did not receive adequate oxygen and after resuscitation she was left with brain injury called Hypoxic Ischemic Encephalopathy (HIE).

Ruby was transferred to St. Peter’s Neonatal Intensive Care Unit (NICU) where she received cooling treatment and close monitoring. Chris and Helen were able to stay in one of the 4 family rooms on NICU to be close to Ruby.

After a few days there was sadly no improvement and Chris and Helen were faced with the impossible decision to remove Ruby’s life support and she sadly passed away.

“Whilst this was the hardest thing we have ever had to go through, we were able to do it with such dignity and care with thanks to her “NICU Aunties” who were with us every step of our journey.

“The care and support we were all given by the nurses and team at the hospital was out of this world. We got to do all the normal things any mummy and daddy should be able to do. We bathed Ruby, changed her nappy, dressed her, read her stories and sang to her.

“We stayed together as a family for a further 3 days in the Daffodil Bereavement Room. This time was so precious, as we continued to care for Ruby, cuddle her and make more memories with the help of Ruby’s daily dedicated nurse.

“We cannot thank everyone involved in Ruby’s care enough - without them, we would have been unable to spend such special moments together as a family and create so many treasured memories.”

Chris and Helen have fundraised tirelessly in Ruby’s memory and with the help of their family and friends have raised over £21,000 for the Little Roo Neonatal Fund.

In discussion with Ruby’s family, this donation will be used to purchase an additional Tecotherm machine which is used to cool babies with HIE. The aim of cooling babies is to lower their temperature to protect the brain, giving the best possible outcome for the baby and family.

We are so grateful to Ruby’s family for their generous donation, and we continue to hold Chris, Helen, Harry, and Ruby closely in our thoughts.