Keeping you in Touch

In this section, we have copies of the Voluntary Services newsletter as well as recent press releases. 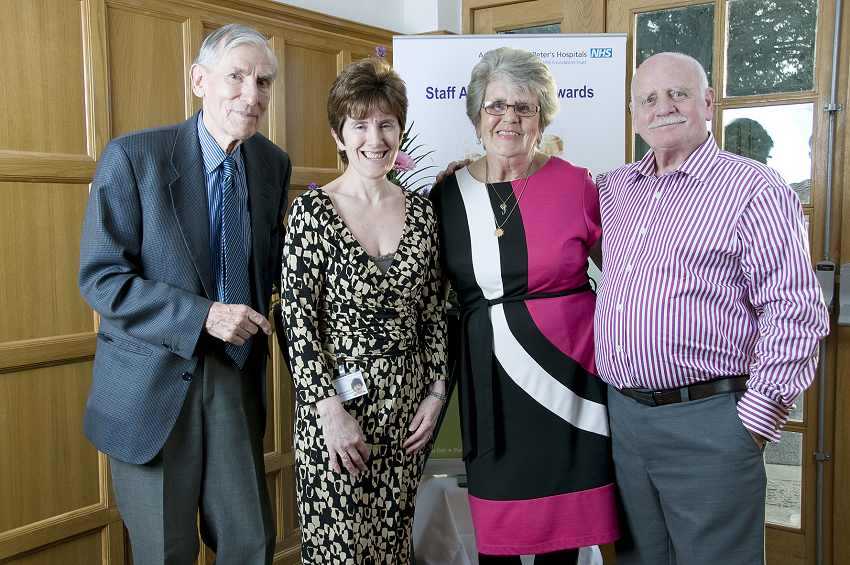 The contribution of volunteers Bill Harniman and Robin Wickens was celebrated in style at a Champagne Tea at the Oatlands Park Hotel on 1st April.

Bill and Robin were recognised for their exceptional contribution to the Trust. Bill volunteers in three St.Peter’s departments: the Library, A&E and the Discharge Lounge and Robin in the beautiful DSU garden in Ashford.

Bill and Robin are pictured above together with Louise Dent and fellow volunteer Josie Armstrong. 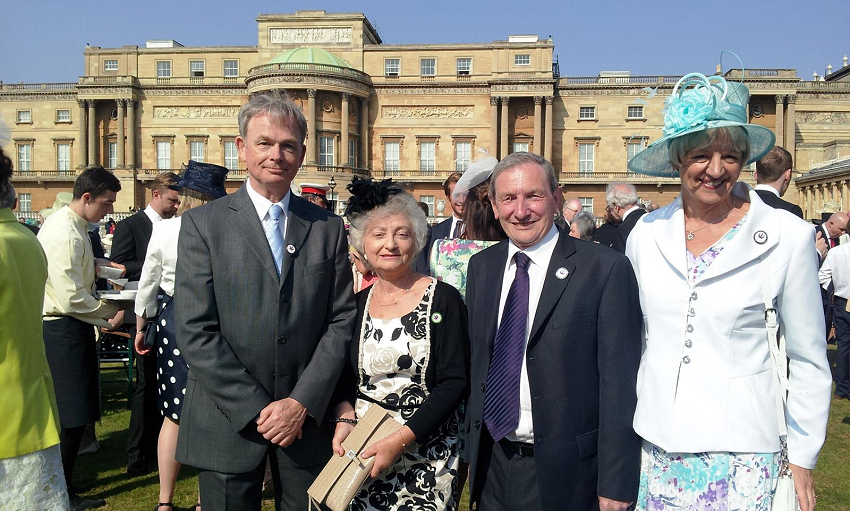 A day of two palaces for Hospital Trust volunteers

Sheila Knight, Christine Taylor, Peter Lynn and Eldon Sandys were the lucky winners of the ballot to represent all of the 380 volunteers at the two hospitals in recognition of the Trust receiving the Queen’s Award for Voluntary Service in 2012 ... read more 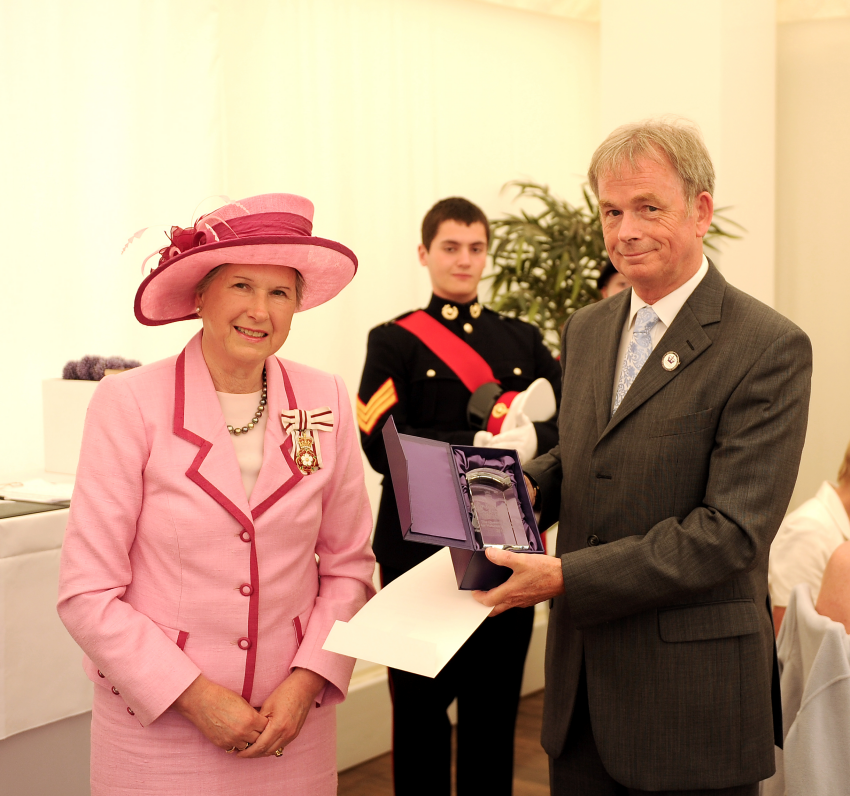 The Queen’s Award for Voluntary Service was presented to the volunteers of Ashford and St Peter’s Hospitals NHS Foundation Trust by The Lord Lieutenant of Surrey, Dame Sarah Goad, in a ceremony at Painshill Park, Cobham, on Thursday (September 6).

Volunteer Eldon Sandys accepted the award on behalf of all 380 Trust volunteers – with around 150 volunteers attending the ceremony. Other guests included Woking MP Jonathan Lord (who officially supported the original nomination) and civic leaders from the Boroughs of Runnymede, Spelthorne and Elmbridge, Vice-Chairman of Surrey County Council Health Scrutiny Committee, Zully Grant-Duff, Queen’s Award Assessor Jenny Griffiths and Tony Duhig, who nominated the Trust’s volunteers for the award. ... read more